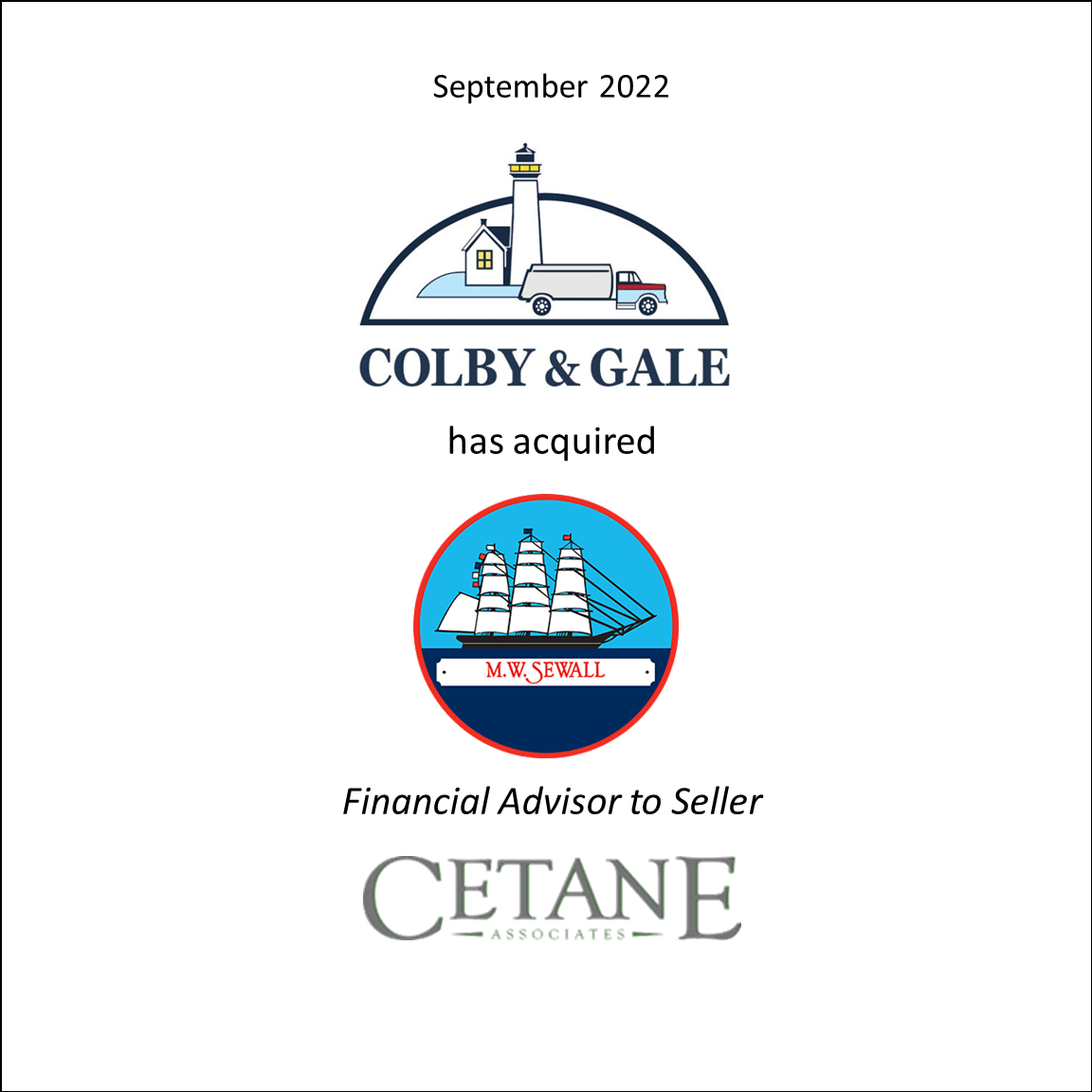 Founded in 1887 by Mark W. Sewall, M.W. Sewall had its origins in shipbuilding along the Kennebec River. Today, their square masted schooner, the Edward Sewall (which delivered kerosene in the Caribbean through the early 1900s), remains the historic symbol on their company logo. Three generations of Edward Sewalls led the growth of the business and transitions to distillates, coal, ice, HVAC service, and eventually propane. In 1992, Edward “Ned” Sewall III became President and led an accelerated growth period including the installation of propane bulk storage. Today M.W. Sewall emphasizes service to its residential and light commercial customers as its number one priority. The company consistently delivers on its promise to its long-standing Mid-Coastal customers.

Colby & Gale was established by Charlie Gale and Ken Colby, two employees of Etheridge Oil, which they purchased in 1946 and then changed the business name. From its humble beginnings, Colby & Gale has attained a proud reputation as a full-service, community-based company that maintains great relationships with its customers and meets the heating needs of the Mid-Coastal community it serves. Colby & Gale will carry on the M.W. Sewall legacy, maintaining its brand, its employees, and its business operation locations.

Cetane served as the sole arranger and financial advisor to M.W. Sewall. Cetane advised on the sale, including an initial valuation opinion, marketing the business through a confidential process, assisting in negotiating the final deal terms, and coordinating the due diligence process. Team members Jeff Brunner, Fred Lord, and Barrett Conway managed the transaction.