THIRD IN AN EIGHT-PART SERIES | When Mike Abrams enlisted in the US Army after college, he began his long military service—both on active and reserve duty—as an attack helicopter repairman. Through the years, he was deployed in support of Operations Desert Storm and Iraqi Freedom, graduated from the Officer Candidate Program, and held multiple posts leading up to his future retirement as a Lieutenant Colonel in spring 2022. 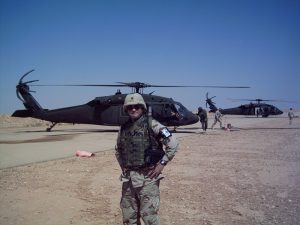 Mike and I met in 2009, when he was still in the Army’s inactive ready reserves and was also the director of fleet services for one of the largest propane companies in the US. At the time, I was the owner of a bobtail manufacturing business, which supplied trucks to his organization. From our earliest meetings, I could see that Mike had a work ethic and a personal style that would always serve him well with his co-workers and suppliers. Although I had known Mike to be diligent and data driven when we were discussing bobtails years ago, I’ve learned that his analytic mindset is a skill that bridges his multiple work projects.

His strengths as a fleet director and as an Army officer continued to develop in tandem as he applied his abilities to choreograph either trucks or people moving in concert. This past spring, he took on a new challenge to create and develop a fleet program for one of the fastest growing propane companies in the US. Clearly, his background prepared him well to take on this “dynamic, not static process.” There’s a direct link, as Mike says, “I developed a certain skill set in the Army that translates well to my work as fleet director.” 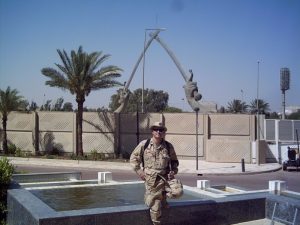 While in the reserves, Mike experienced a few combat deployments and maintained his military certifications as an officer. His dedication to serving his country in the armed forces is admirable. Today, he is proud to provide service to communities nationwide by bringing propane, a clean[1]burning fuel alternative, to those folks who live beyond the grid. He’s proud of propane’s environmental record as “a good niche fuel with a mature, established infrastructure. It’s one of the available solutions to climate challenges.” He defines the industry as being “responsible stewards” of our environment and personally ensures his drivers are trained to conserve fuel, which saves significant dollars and carbon emissions. 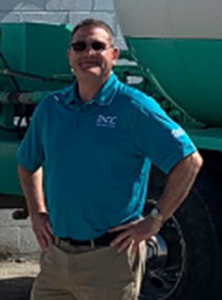 As a fuel used in every state in the nation, propane creates a diverse choice of places to work and live. In Mike’s case, having been moved about by the Army, he now appreciates settling down and is glad to call the Kansas City area home. When asked about what keeps him motivated in the energy industry, he talked frankly about the dangers inherent in dealing with a hazardous material and how this fact has rightly resulted in a culture of safety being created. In the military, people are trained to be safe, and that emphasis instilled safety in Mike’s life. He brings a “safety first” policy to his work as a fleet director.

From his first words to me about his concurrent military and civilian careers, Mike talked about the importance of teams and how “everyone has to pull their weight.” He “started in the military in the trenches, turning wrenches” and learned discipline, leadership, tenacity, and flexibility. Mike sees the possibility for ex-military personnel to become part of a winning team within the military-friendly propane industry. Truck drivers, service technicians, fuel handlers, as well as dispatchers, customer service reps, management and office people are all needed—for example, it’s “not hard for a driver with a Class A CDL to get a hazmat endorsement if you already have a security clearance.” He suggests you may use your developed skill sets or apply more training to learn new ones. This industry’s employment opportunities can “dovetail very nicely with your military background.”

This article was first published on www.Vets2.org in August 2021 as a part of their “Fueling the Workforce” series.